Episcopal in the Great War

The single shot in Sarajevo changed the world fundamentally, as the nations around the globe zealously fell into the cataclysm of war. It was supposedly the “war to end all war,” but it also was the war that ended the old Victorian world. Albeit joining the war much later, the United States was fundamentally changed by the war as well, on both the battlefield and the homefront: White American women entered the workforce and gained the right to vote; the first Great Migration took place, allowing millions of African Americans to leave the Jim Crow South; national identity and citizenship were reshaped and emerged as a much stronger concept. Yet, it was also a time of surveillance, draft resistance, propaganda, union suppression, red scare, and racial violence. Episcopal was caught in the middle of these changes, for better or worse.

2019 marks the centenary of the signing of the Treaty of Versailles and the official end of the war, and this Omeka exhibit is dedicated to telling the forgotten stories of Episcopal during the war and restoring the historical memory of this transformative war. 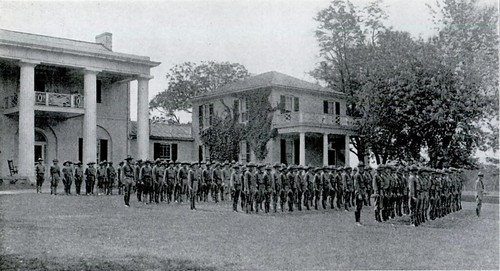