"If I could have an impact on a person it was worth any suffering I would go through." — David Hatcher '84

Every student who integrated Episcopal was aware that there would be students who supported segregation. While adjusting to a new environment and culture, these students also dealt with racial taunts from opposing athletic coaches, torment from fellow students, and having to prove their worth on campus.

"There were a few older kids, juniors and seniors, who really didn't like the idea of integration and they would make it clear that they didn't like it... There was verbal abuse and some small fights and things like that. And if I sound a little vague about it all it's because those things were just part of the deal for us."—Tony Chase '73

Listen to Tony Chase '73 describe a moment when an opposing football coached yelled at his players to "Get that monkey, get that monkey", and how racism existed on EHS's campus.

"You have to develop a certain level of tolerance as a minority in a majority environment, especially in the time period where I came of age as a high school and college student."— Clarence Gaines '76 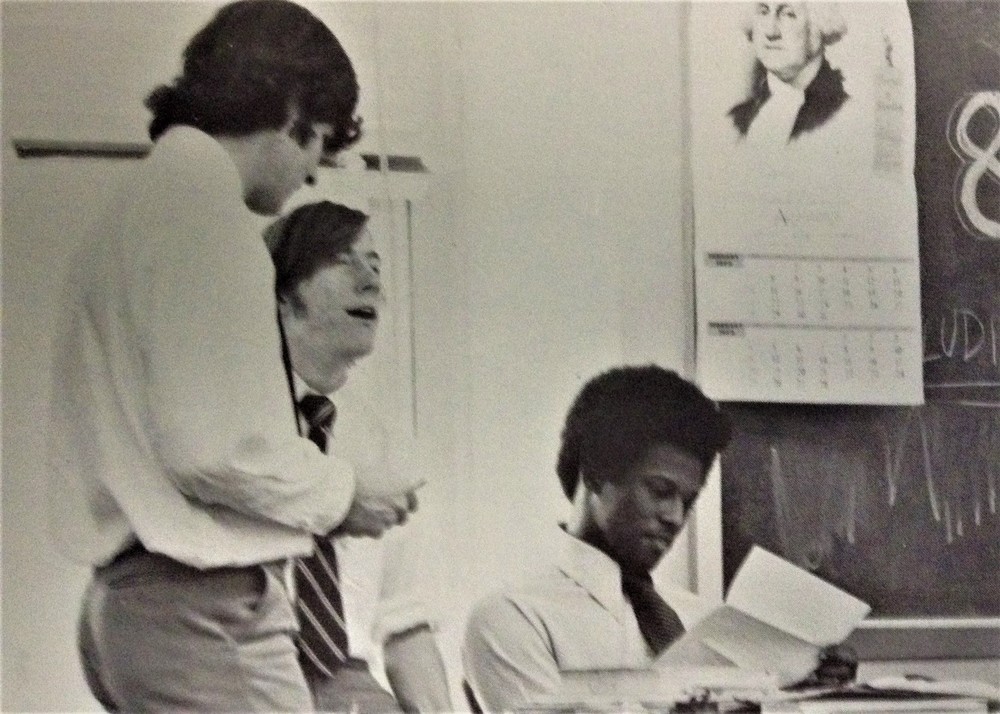 Here, Tony Chase '73 is studying with two of his fellow classmates.

Within the first grading period of the 1968 school year, Regi Burns and Sam Paschall established themselves as academic scholars. During their four years at Episcopal, Reggie was number one on the school’s highlist (90 average or above) for every grading period and Sam was the head of the Daemon, a student writing publication (listen to Headmaster Sandy Ainslie and Tony Chase ‘73 discuss Reggie’s academic achievement). This success led Reggie to receive the Moorehead scholarship, a full ride scholarship, at the University of North Carolina. Reggie was not the only African American to thrive academically and within the next five years, multiple African American alumni were attending the Ivys. These student's successes disproved some people's beliefs that the African American students just "weren't cut out for Episcopal life", and contributed to the continuation of Episcopal recruiting more African American boys to attend EHS (Hoxton Correspondences-EHSHP.org).

"We were representing a community that was severely underrepresented at this school, and I felt the need to constantly validate my intelligence and my worth on campus." — Jonathan Beane '88 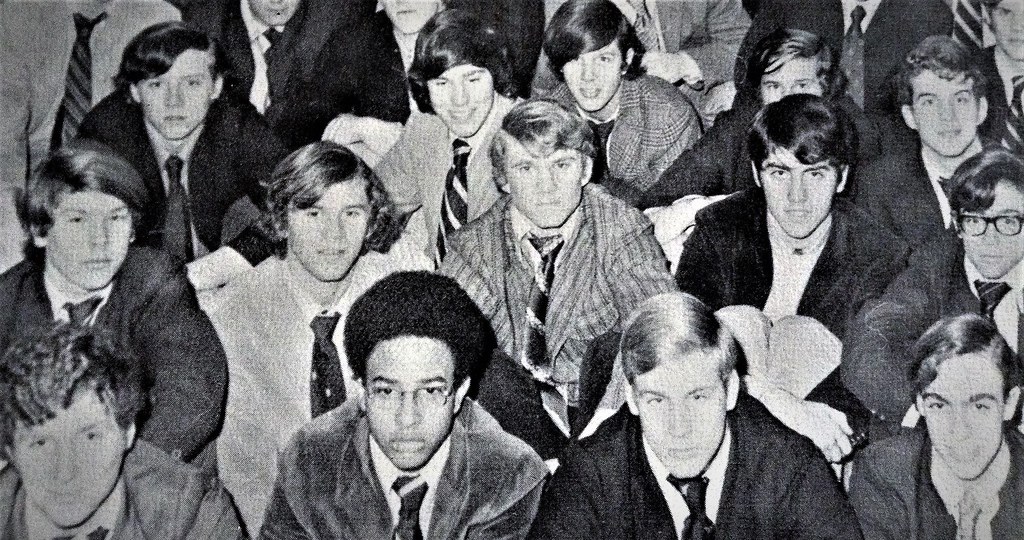 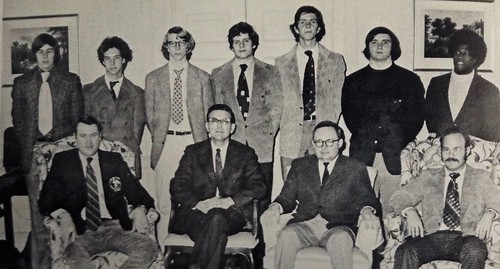 On the left is a picture of Regi Burns as Head Monitor in 1972. The picture on the right shows Tony Chase as the Chair of the Honor Committee in 1973.