Episcopal Coming to Terms With the Civil Rights Movement

The decision for Episcopal to integrate was an extensive process. During the 1950s and 1960s, political leaders like Harry Byrd, a Virginian Senator, lead the South's "Massive Resistance" against integration. At this time, the majority, roughly 75 percent, of the Episcopal Community — parents, students, and alumni— were from the South. These people grew up in segregated communities and for some parents, Episcopal, as a private school, gave them the reassurance that their children would not have to integrate. Although much of the community supported segregation, administrators and board members realized that in the ever-evolving social climate of the mid-1900s, segregated schools were not sustainable. Five years prior to Episcopal integrating, the Board of Trustees unanimously voted to view all applicants for admission and hire on an equal basis.

While deciding to integrate was one challenge, leading the community to support the decision was a different obstacle. In order to prepare and influence the student body, Episcopal brought in many off-campus speakers to discuss the Civil Rights movement, teachers questioned student's beliefs on integration, and The Chronicle interviewed students on integration. These efforts by the school successfully began the process of the Episcopal community increasing its diversity. 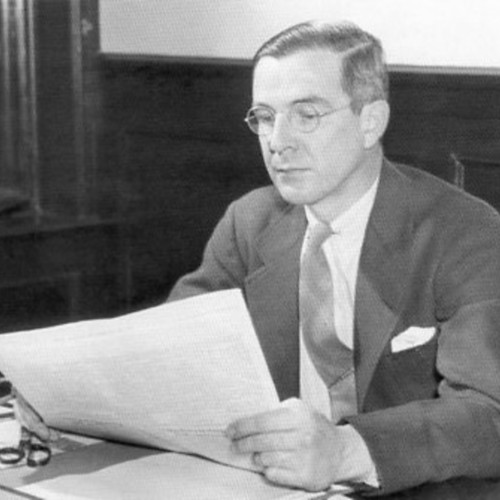 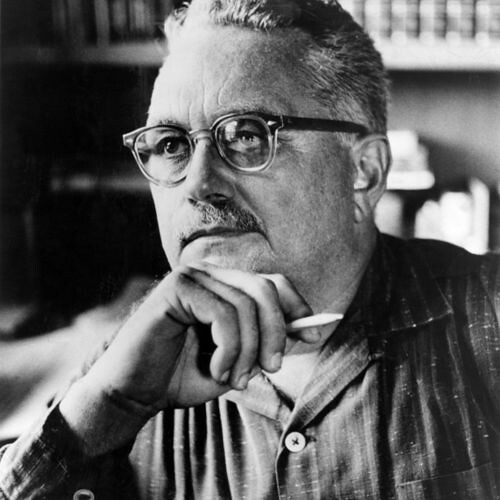 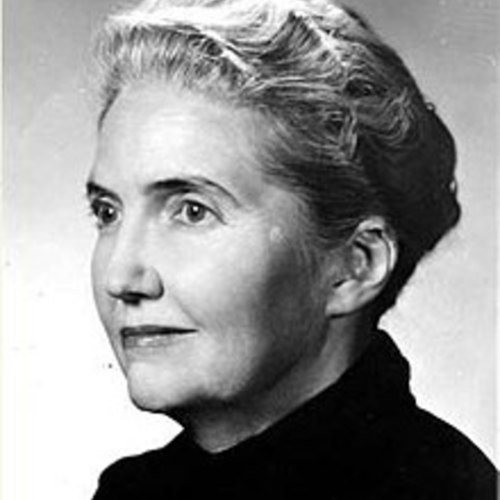 Three of the most notable speakers that spoke at Episcopal during the Civil Rights movement were Hodding Carter, Virginius Dabney, and Sarah Patton Boyle. All three were southern but were also respected journalists who called for reforms in support of African American rights. Arguably one of the most pro-integration speakers Episcopal brought to campus was Sarah Patton Boyle. Ms. Boyle was a southern journalist, originally from Charlottesville, Virginia, who dedicated her life's work to improve relations between all humans. In 1955, Ms. Boyle wrote an article titled “Southerners Will Like Integration” discussing the integration of the University of Virginia's Graduate School and the student body's opinions. After her article was published, Ms. Boyle was threatened by the KKK with hate mail and a burning cross in her front yard. Ms. Boyle retired from activism in 1967, but her work and journalism with civil rights left a lasting impact.

"You have been the victim of some vicious propaganda."— Colonel Schantz to Alex Jones '64 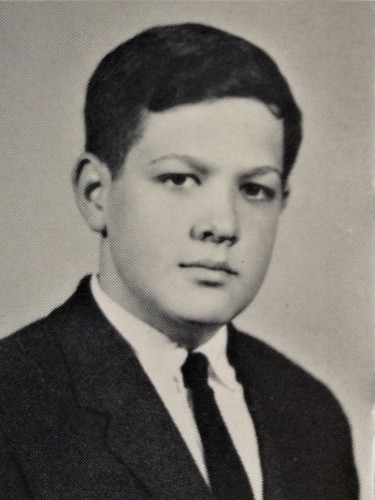 "I had an English teacher in my sophomore year who...assigned our English class to write an essay expressing our views on the subject of integration. I wrote all the things I thought, which was to say what I had grown up being taught and simply absorbed from living in a segregated world which wasn’t questioned. When I got the paper back, he had written across the top in red, “You have been the victim of some vicious propaganda.”That was all. I was outraged, incensed, furious, insulted. Shocked. And then something happened that is one of EHS’s greatest gifts when it happens: I began to think for myself. I began to figure out not what I had been taught, but what I thought. And not surprisingly, I changed my mind." — Alex Jones '64 during his 2018 Cum Laude address

Through its student publications and speeches, the Episcopal student body has a platform to express their opinions on current events, school policies, and politics. In the 1960's these school publications were frequently used to express, debate, and discuss integration in the United States and the possibility of integrating Episcopal. Below see responses from the student body after Headmaster Thomsen announced Episcopal's decision to view all applicants for admission equally.

"Finally there are those who feel that if segregation was considered Christian for one thousand, nine hundred, fifty-four years, there is no reason why it should not be now. Slavery was considered Christian for one thousand, eight hundred, sixty-one years; though few maintain that it is now. Perhaps when we feel that the idea of segregation being unchristian is revolutionary, we would do well to remember that Christianity was itself once considered quite revolutionary."— The Chronicle March 1966 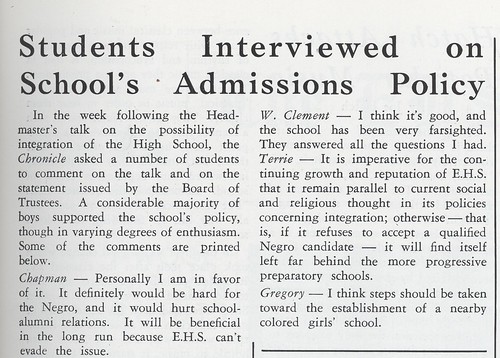 The two images above are from the February 1966 Chronicle. This article is a series of comments from the student body on Headmaster Thomsen's recent announcement that Episcopal would consider African American applicants. These comments express the varying opinions of the Episcopal community before integration. While many acknowledge that it is understandable that Episcopal integrate, it is also stated that the alumni and parents will not support the decision.